Head of the Department is Leonid Yu. Gusman, Associate Prof., PhD. Most of the teaching staff are professors and PhDs.

Professors of the Department of History and Philosophy study into the history of social thought in Russia, multiculturalism in Russian society, society-government interrelation in various periods of Russian history, Russia’s political structure,ethical and political discourse in Philosophy and Religion.

In 2001 the Department was licensed to start training postgraduate students in Philosophy of Science and Technology. Investigations focused on scientific and non-scientific knowledge, evaluating socio-cultural aspects of technological advance and forecasting its long-term consequences.

Since 2009 faculty has been working on the Ontological, Epistemological and Axiological Anthropogenesis Aspect Investigation and Development (Phenomenon of Human Deantropologization) project. That same year D. S. Biryukov received the grant by the American Council of Learned Societies (New-York) and in 2011 his Problems of Universals in Byzantine Philosophy was noted by the President of the Russian Federation.

In 2011 the Scientific and Educational Center for Issues in Religion, Philosophy and Cultural Studies was formed to be joined by the University’s professors and lecturers. Since 2012 the EINAL: Problems of Philosophy and Theology journal, now into the Russian Scientific Citation Index, has been issued by the Centre.

Research made by the Department’s PhDs and Associate Professors is highly rated among the St. Petersburg Philosophical Community.

In 2007 L. Yu. Gusman, the Head of the Department, received an award by the St. Petersburg Government and RAS Scientific Centre - the Prize after E. R. Dashkova. At present he is an Associated Researcher at the St. Petersburg Institute of History, RAS.

Since 2013 the Department of History and Philosophy issues a scientific journal “Philosophy and Humanities in Information Society” on researches of modern information society viewed by Philosophy, Theory of Culture, History, Sociology, Psychology and Political Studies. 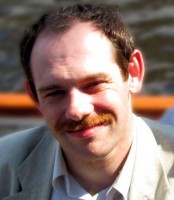 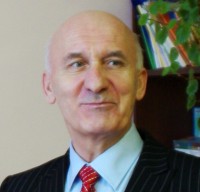